40,000 volunteers sought for largest ever UK study of depression

Genetic links to anxiety and depression are to be explored in the largest ever study into the issue, experts have announced.

Researchers are calling on people in England to sign up to the Genetic Links to Anxiety and Depression (Glad) study. It is hoped that 40,000 volunteers aged 16 and over will agree to be part of a database which will be used in future research studies to better understand the genetic aspects of mental health conditions.

The project, by the National Institute for Health Research BioResource and King’s College London, will see people with anxiety or depression enrol online and send a saliva sample by post.

“By recruiting 40,000 volunteers willing to be re-contacted for research, the Glad study will take us further than ever before,” said study lead Dr Gerome Breen, a geneticist at King’s College London.

“It will allow researchers to solve the big unanswered questions, address how genes and environment act together and help develop new treatment options.”
Full story: Guardian

Half of workers have experienced poor mental health in current job 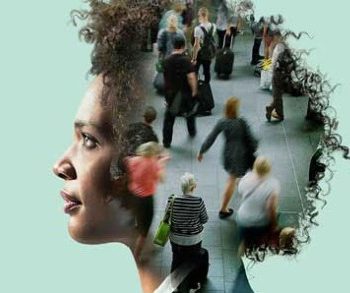 A major study into workplace wellbeing by the mental health charity Mind has revealed that poor mental health at work is widespread, with half (48 per cent) of all people surveyed saying they have experienced a mental health problem in their current job.

The survey of more than 44,000 employees also revealed that only half of those who had experienced poor mental health had talked to their employer about it, suggesting that as many as one in four UK workers is struggling in silence.

These findings are revealed as a new online Mental Health at Work ‘gateway’ is launched today by HRH the Duke of Cambridge. Mind, with support from The Royal Foundation, Heads Together and 11 other organisations, has created the UK-wide portal as a free resource for both employers and employees.

The gateway brings together information, advice, resources and training that workplaces can use to improve wellbeing and give employees the mental health support they need.

In-depth analysis of the survey has revealed that offering managers proper support can make a huge difference. Managers who felt their employer supported their mental health, or actively built their skills in supporting team members with mental health problems, were far more likely to feel confident in promoting staff wellbeing.

Manager confidence, in turn, is closely linked with whether employees feel able to disclose. Those staff who felt their manager supported their mental health or could spot the signs that someone might be struggling were far more likely to say they would be able to talk about their mental health at work.

In a separate story today, research by the CBI found that two in three (63 per cent) of businesses saw workplace health and wellbeing as an important issue, but most find it difficult to take practical actions because they are unclear about what works. Employers are taking mental health and wellbeing increasingly seriously, but need the resources and support to help them do it.

On the back of the publication of the Green Paper, a major study by Mind emphasises need for Government to ensure mental health is at the heart of social housing policy.

A study by Mind, the mental health charity, has found that one in three (33 per cent) people with mental health problems living in social housing is dissatisfied with where they live. Social housing is provided by local authorities, housing associations or charities to people affected by issues such as low income or disability.

The charity wants to see a greater focus on mental health within social housing policy, with a particular focus on addressing stigma and problems with benefits. 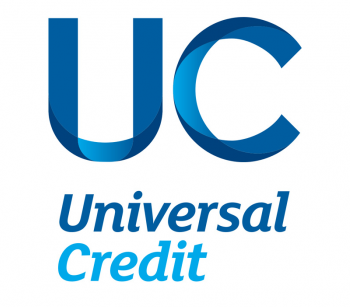 The Government has released statistics detailing how many people who need support from benefits are being sanctioned – having their financial support cut or stopped entirely because they’re not able to do the things that are being asked of them, such as attend appointments with a work coach or Jobcentre Plus advisor.

Universal Credit (UC) is gradually replacing a combination of other benefits, including Employment and Support Allowance (ESA), provided to those who aren’t currently able to work due to a mental and/or physical health problems, and Jobseekers’ Allowance (JSA) provided to people looking for paid work.

The figures from the Department for Work and Pensions (DWP) show:

A petition calling on the government to enforce guidance for eating disorder treatment has passed 60,000 signatures.

#DumpTheScales is a campaign to ensure that nobody is turned away from treatment for eating disorders purely because of their weight.

Hope Virgo, the author leading the campaign, was hospitalised for almost a year due to the severity of her anorexia nervosa and the impact it had on her mental and physical health.

However, when she started to notice the thoughts and behaviours returning, she went to seek help before things hit crisis point again. However, she was refused treatment because she wasn’t ‘thin enough’ to qualify.

Hope said: “Since being in hospital and on the brink of death from anorexia, I was terrified of ending back in acute care again when I relapsed in 2016. Things were beginning to spiral out of my control and that nagging anorexic voice in my head was becoming louder.”

“After four months of battling with that voice I decided it was time I reached out for help – to stop things before they reached crisis point. I referred myself and got an appointment at an eating disorder unit in London only to be told that I wasn’t thin enough for support.”

“Although the guidelines for eating disorder treatments are correct, they aren’t being implemented consistently across the country.”

“So far too often people are being turned away. Add to that the fact that it is far better for the individual – let alone the public purse – to intervene and offer support before somebody hits crisis point, and it seems like the obvious thing to do. Which is why I am asking government to ensure that nobody is turned away purely on the basis of their weight.”

The petition needs to reach 100,000 signatures to encourage a debate to take place in parliament.

You can support the #DumpTheScales campaign here.

Rehab 4 Alcoholism is an advisory and referral service for people who suffer from alcohol addiction.

Rehab 4 Alcoholism offers an industry-leading assessment with one of our experienced admissions officers conducted in complete confidence. 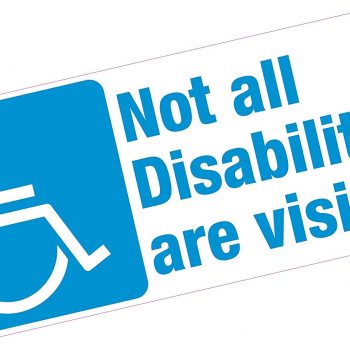 The Department for Transport has announced that it is extending the Blue Badge scheme so that more people with ‘invisible’ health problems, such as autism and mental health problems, can now apply.

The Blue Badge scheme offers accessible parking for people who find travel difficult, allowing them to park closer to their destination than other drivers.

The Government has now recognised that people with mental health problems often struggle with these issues when it comes to taking public transport, making unfamiliar journeys or walking longer distances.

The National Audit Office (NAO) has released a damning report into Universal Credit (UC) – with a focus on how the Department for Work and Pensions (DWP) has not done enough to protect and support “vulnerable claimants” including disabled people and people with health conditions.

The report says that because of the pressures of delivering UC, staff “lacked the time and ability to identify claimants who needed additional support’ and ‘felt overwhelmed by the volume of claimants reporting health problems’. The report also says that the DWP’s resistance to making changes ‘gives the unhelpful impression of a Department that is unsympathetic to claimants.”

The NAO has recommended that the Government does not expand the roll out of Universal Credit to existing claims (including over 1m people with mental health problems currently receiving Employment and Support Allowance) until it has fixed problems with the system.

Separate research released by the DWP last week found that one in four Universal Credit claimants reported having a health condition that significantly affected their day to day lives. It also found that: 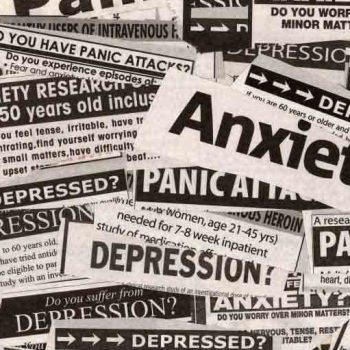 It follows a year of high profile media coverage including the Duke and Duchess of Cambridge and the Duke of Sussex’ Heads Together campaign, Danny Rose becoming the first playing England footballer to speak out about depression and ITV’s Coronation Street putting a focus on suicide and Obsessive Compulsive Disorder.

The findings come as the Mind Media Awards 2018 open for entries. The awards celebrate the best reporting and portrayals of mental health in the media. Mind is now calling on journalists, producers and podcasters from TV, radio, print and online media to submit work, which has shone a light on mental health and challenged negative stereotypes.

Meanwhile, one in four people (26%) who saw a mental health storyline in a soap contacted a friend, colleague or loved one experiencing mental health problems and 16% sought help for themselves from a health professional.

The public also considered TV broadcasters (81%) or newspaper journalists (79%) as having more influence in contributing to the public’s attitudes to mental health than teachers (75%) or politicians (70%).

The majority of people who stayed as an inpatient in hospital were happy with the care they received, had confidence in the doctors and nurses treating them and had a better overall experience, according to a national survey from the Care Quality Commission (CQC).

However, people with mental health problems generally report a poorer experience when they stay in hospital.

The 2017 inpatient survey asked over 70,000 adults who had stayed in hospital for at least one night during July last year said about the care they received.

The survey asked people to give their opinions on the care they received, including quality of information and communication with staff, whether they were given enough privacy, the amount of support given to help them eat and drink and help with personal hygiene, and on arrangements to discharge them from hospital.

For a second year running, responses were less positive across most areas for people with a mental health problem than those without.

Those with mental health problems said they had less confidence and trust in hospital staff, and thought they were treated with less respect and dignity and felt less informed about their care. They also gave lower than average scores in relation to whether their needs, values and preferences were fully considered, and for the quality of the coordination and integration of their care.

This repeats a trend found in the results of CQC’s 2017 surveys of children and young people and patients using A&E.